Spaceships — last of their kind

In this post I want to talk about two things: First I show some spaceships I made, and second I would like to announce a change in the graphical style. 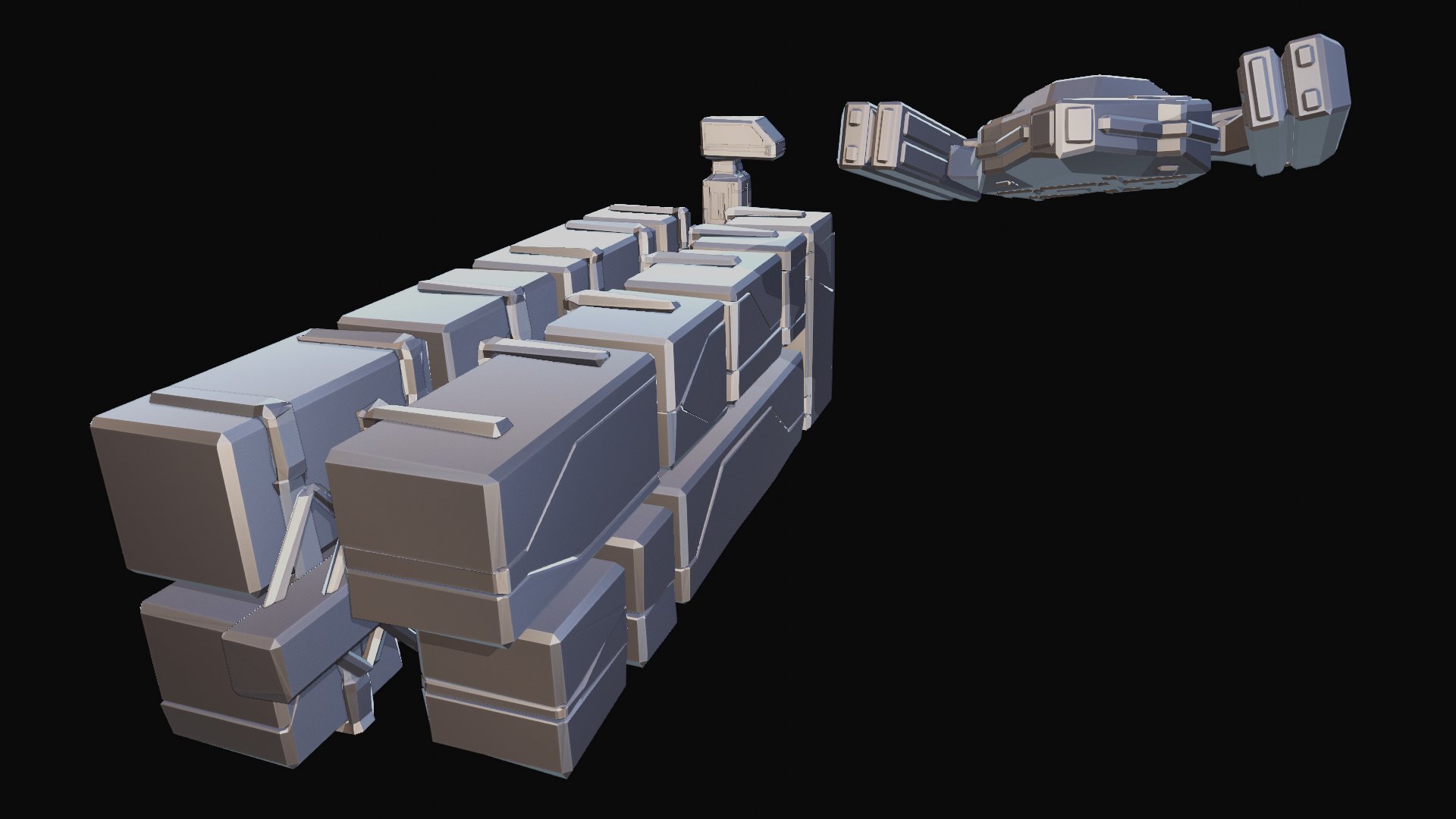 The models aren’t (and won’t be) completed, modelling ist almost done, colorizing misses completely. The bigger of the two is a dedicated freighter who can dock containers and ship them.

The smaller one is more of a general purpose ship. The oblong containers are not swappable, but have to be filled with the cargo instead. 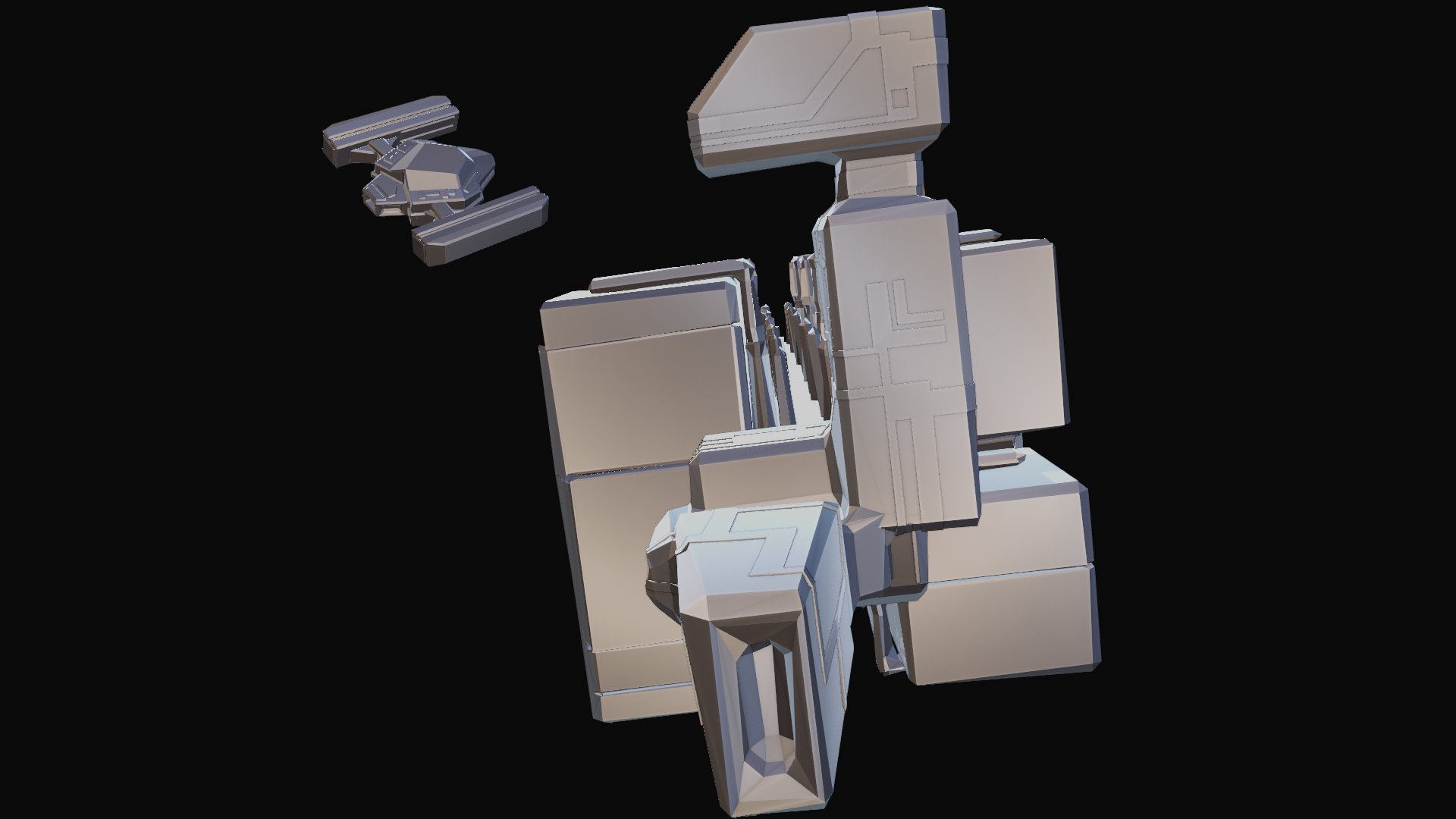 From production line to scrapyard

Both ships won’t be used in future. I mostly wanted to show them off here once, so doing them wasn’t in vain.

The reason for this is that the slightly messy chaotic style led to problems in the past, mostly crashes, when I overwhelmed the bool modifier. And -more problematic- the details need to be produced manually, when my automatted procedural options fail. Which is deadly boring and costs a lot of time. An example for this are the stripes at the big freighter’s tower. 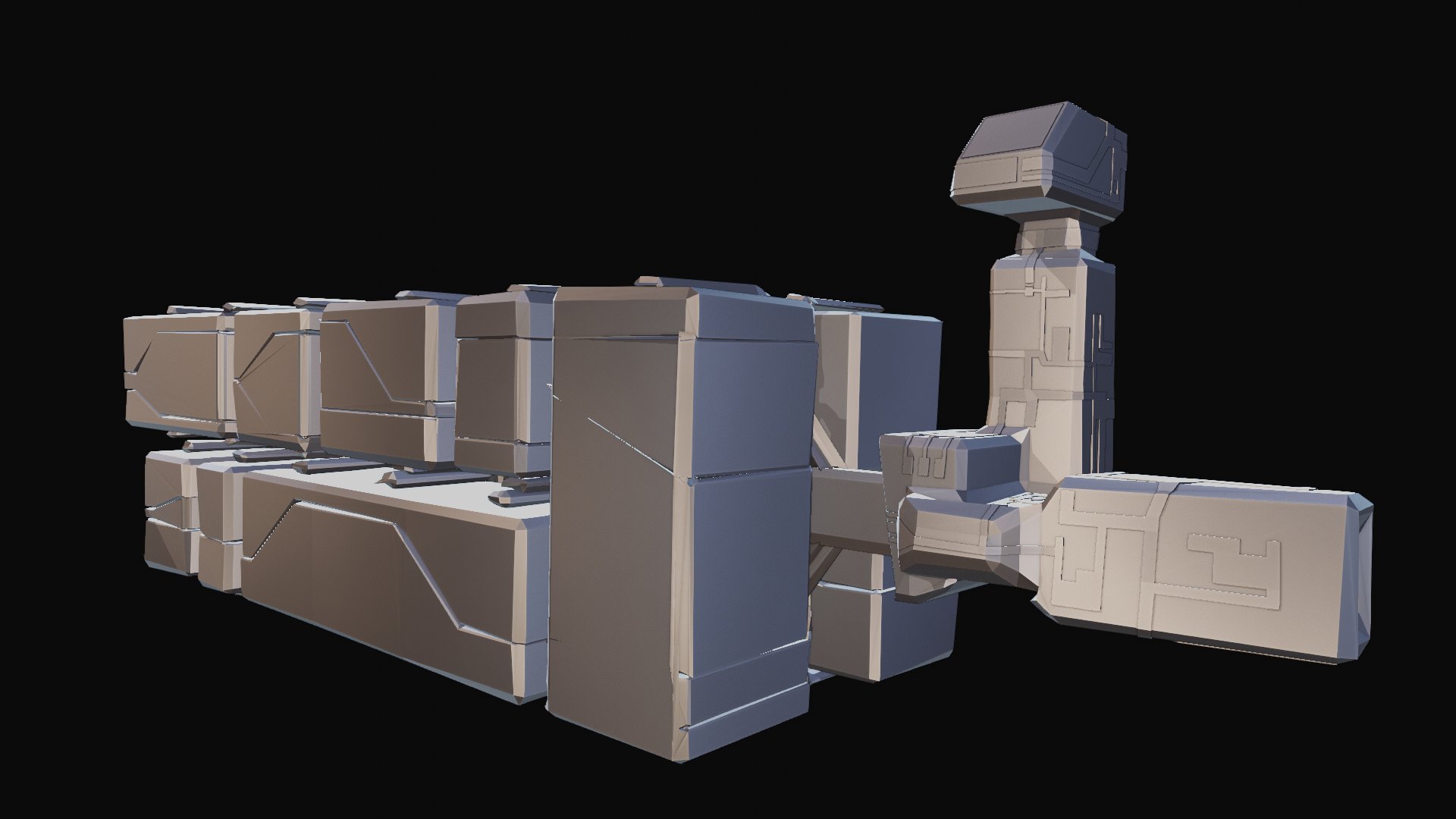 Inspirations for a new style

Via participating at the Weekend Challenge, and via reddit’s r/lowpoly and r/low_poly I decided to start from scratch: This time simpler, cleaner, more straight. This is not only faster, but also easier to stay within the style rules. Which is something, I have notoriously problems with. For example, the bevel modifier is taboo now. When I have to bevel, I do it in edit mode on selected few edges. The displace modifier with noise textures won’t be used on technical items anymore as well.

But this can be much better explained with example pictures, and I’m doing an extra post for this. There will be corridors to look at again :) 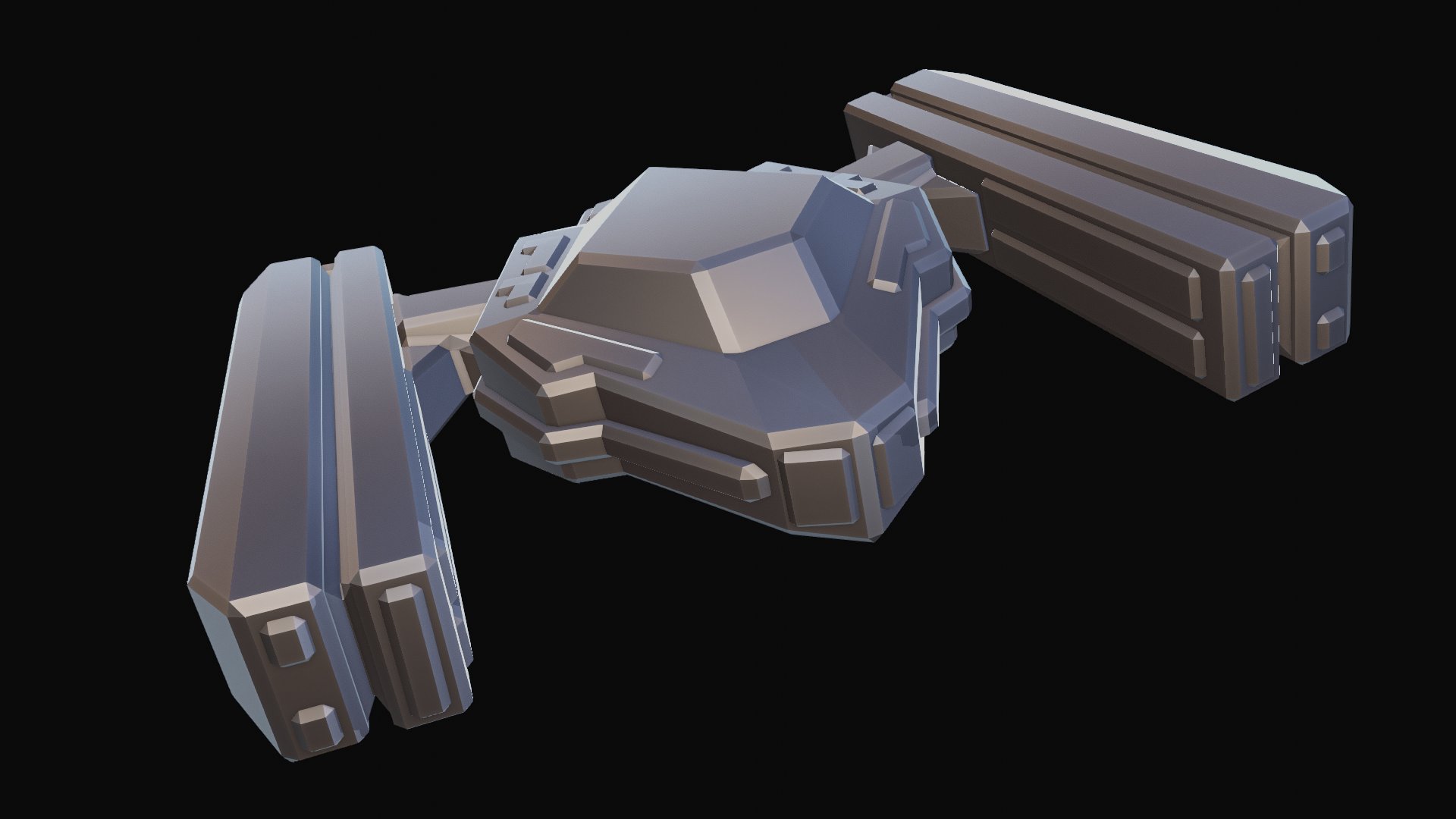 The decision may sound like a setback, but actually I only loose a corridor and two 3/4-done ships. The rebuild of the corridor is (at time of writing) almost done. Things proceed much faster now.